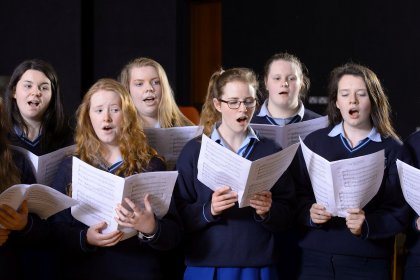 Coláiste Muire School Choir (Conductor: Carmel Griffin)
Music is at the heart of extra-curricular activity in Coláiste Muire.
The School Choir is one of many school activities which include the First Year Choir, ‘Seinn’, the School Orchestra, the Traditional Music Group and the Fourth Year Musical.
Membership of the School Choir is by audition and students from second year to fifth year may become members.
The choir have performed with Regina Nathan (Soprano), Paul Byrom (Tenor), the University of Limerick Orchestra, The Limerick Choral Union and Orchestra, the Cork Youth Orchestra and the Orchestra and Choir of Churchlands Senior High School, Perth, Australia.
The choir rehearses four times weekly: Tuesday 12.55pm, Wednesday 12.55pm, Wednesday 3.20pm, Friday 3.20pm
The choir’s recent achievements are:
2015 Second place and a certificate of excellence at the Cork Choral Festival.
2014 Third place and a certificate of excellence at the Cork Choral Festival.
2011 Performance of Vivaldi’s Gloria for the 150th anniversary of Coláiste Muire School
2010 Second place and a certificate of excellence at the Cork International Choral Festival
2009 Third place, a certificate of distinction and winner of the Irish Federation of Musicians & Associated Professions Trophy, at the Cork Choral Festival
2010 Release of ‘All things Bright and Beautiful’ – a compilation CD of the choirs performances over the years
2008 Second place at the Young Prague Festival, in the Czech Republic
2006 First place and an award for the best performance of the compulsory piece (in the Czech language) at the Young Prague Festival
2004 First place and a certificate of distinction at the Chester Competitive Festival of Performing Arts, in England 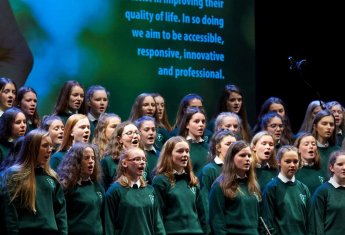 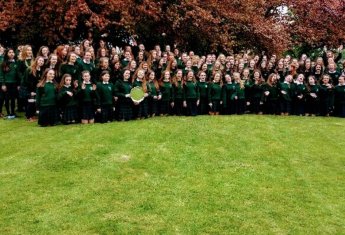 news
9 May 2017 Top Prize for School Choir in Chester!