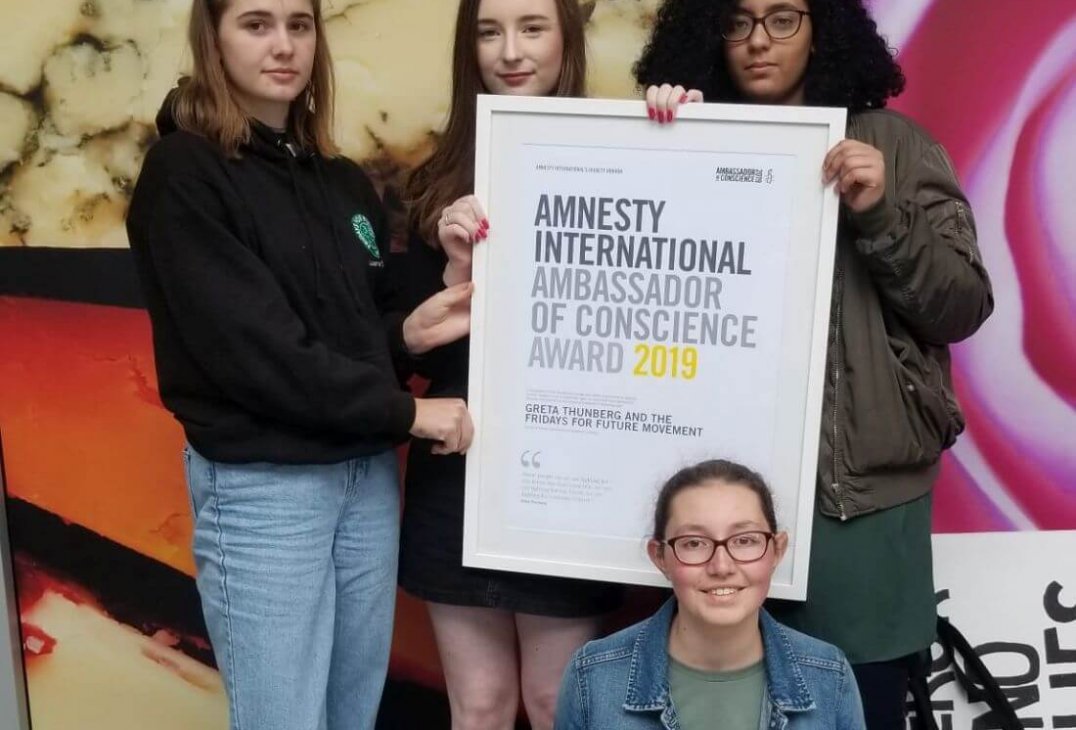 On Monday September 17 in Washington DC, Amnesty International presented its Ambassador of Conscience Award to Greta Thunberg and Fridays for Future in light of their movement of school strikes which has mobilised over one million young climate activists across the globe.

Amnesty International also handed out the award in various cities across the world including Dublin where four Colaiste Muire students were acknowledged for their involvement with Fridays for Future Clare. Pictured above at the award ceremony are Eleanor Dagnell-Wise, Kate Harty, Áine Dempsey and Wiame Kanane.
Executive Director of Amnesty International, Colm O’Gorman said the award highlights “the courage and leadership of human rights defenders. The change that these young climate activists have made in such a short space of time is incredible and awe-inspiring”.