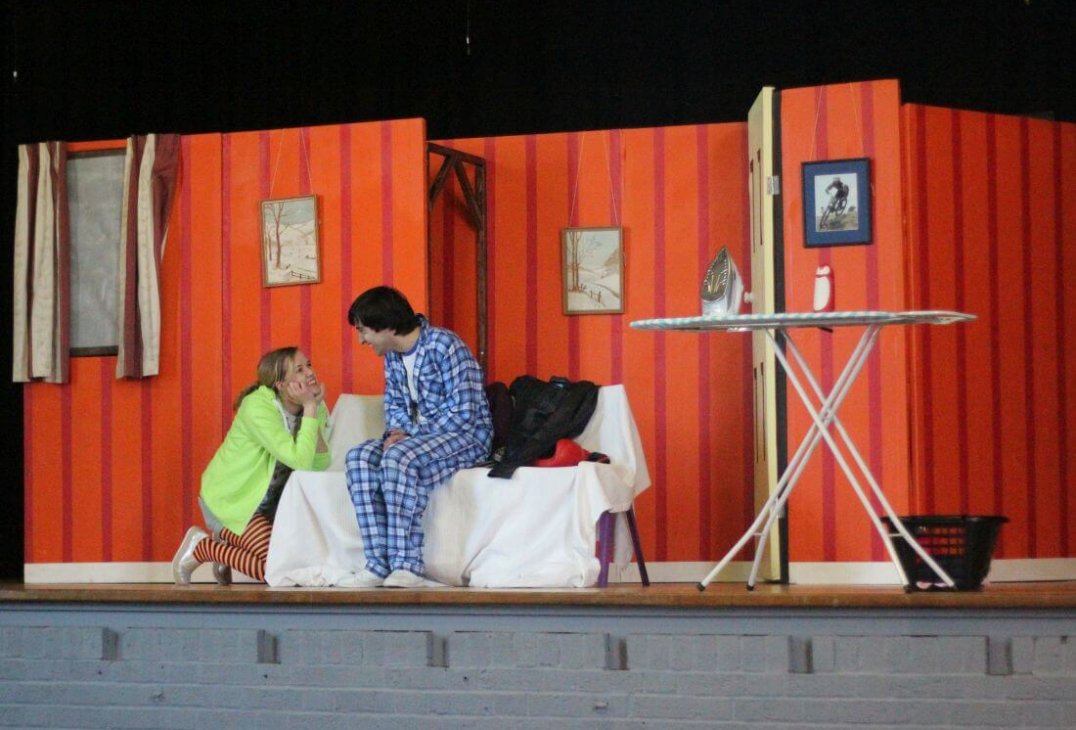 The play which lasted 50 minutes was performed entirely in German by two German actors. The play centres around a teenage boy named Finn whose mother returns home one evening from parents’ evening at Finn’s school. She is so disappointed by the reports of his bad behaviour in class that she ‘grounds’ him. Finn is given some housework to do while his mother goes out, leaving him alone in the house. He invites over Kirstin but before she arrives, Christina, his girlfriend, turns up. He is unable to make Christina leave so when Kirstin arrives he tries to prevent them from seeing each other in order to avoid an embarrassing situation. Then, just to add to the stressful situation, a third girl arrives!

There was plenty of humour and audience participation in this lively production, which was followed up with a question and answer session. The German was clear and accessible throughout and enjoyed by all.
Danke schön to Ms Shalvey for all her work in organising this event.