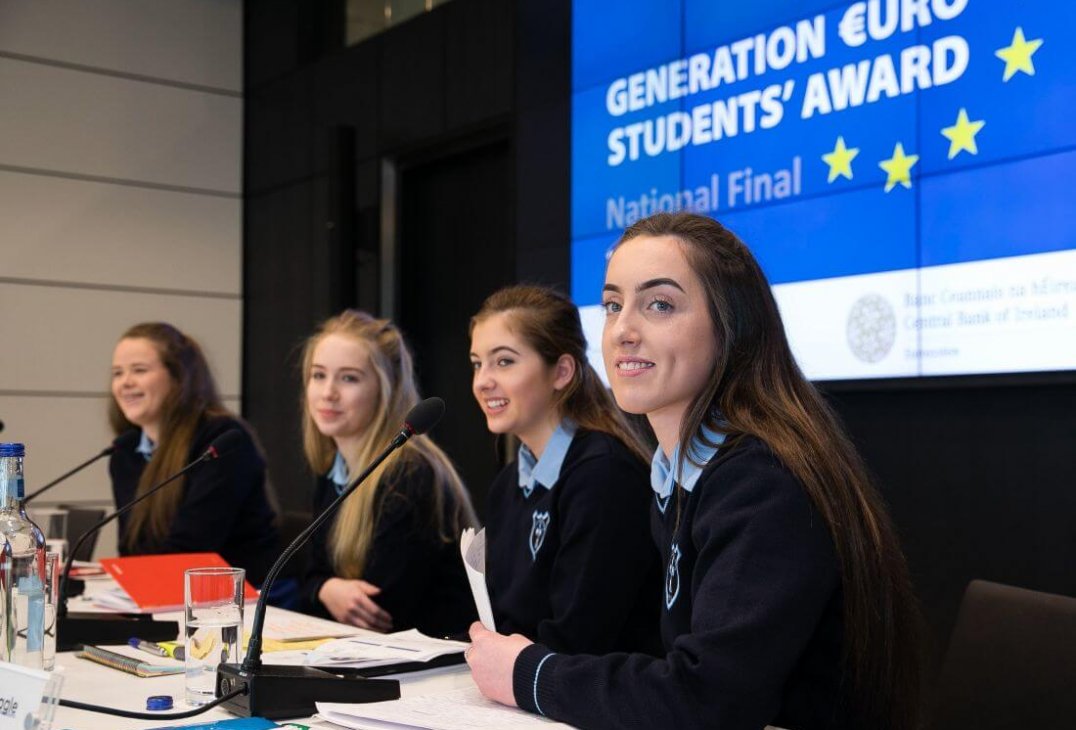 Very well done to our ‘Generation €uro Students’ Award’ team of Muireann Byrne TY2, Aisling Reidy TY2, Jessica Leathem TY1 & Anna Nagle TY2 who h progressed to the National Final held on 9 March in the Central Bank of Ireland in Dublin. They scored 87/100 and were one of the top three teams in the country.

The Generation €uro Students’ Award is an opportunity for students to consider in detail the work performed by the European Central Bank, the Eurosystem and each of the national central banks in contributing to monetary policy decisions and price stability for the euro area. The competition challenges students to take on the role of the Governing Council and predict the interest rate decision for the euro area. Competing students develop valuable life skills including economic reasoning, critical analysis, team work and public speaking. The competition consists of three rounds: an online quiz, an analysis and a presentation to the Central Bank of Ireland at the National Final.