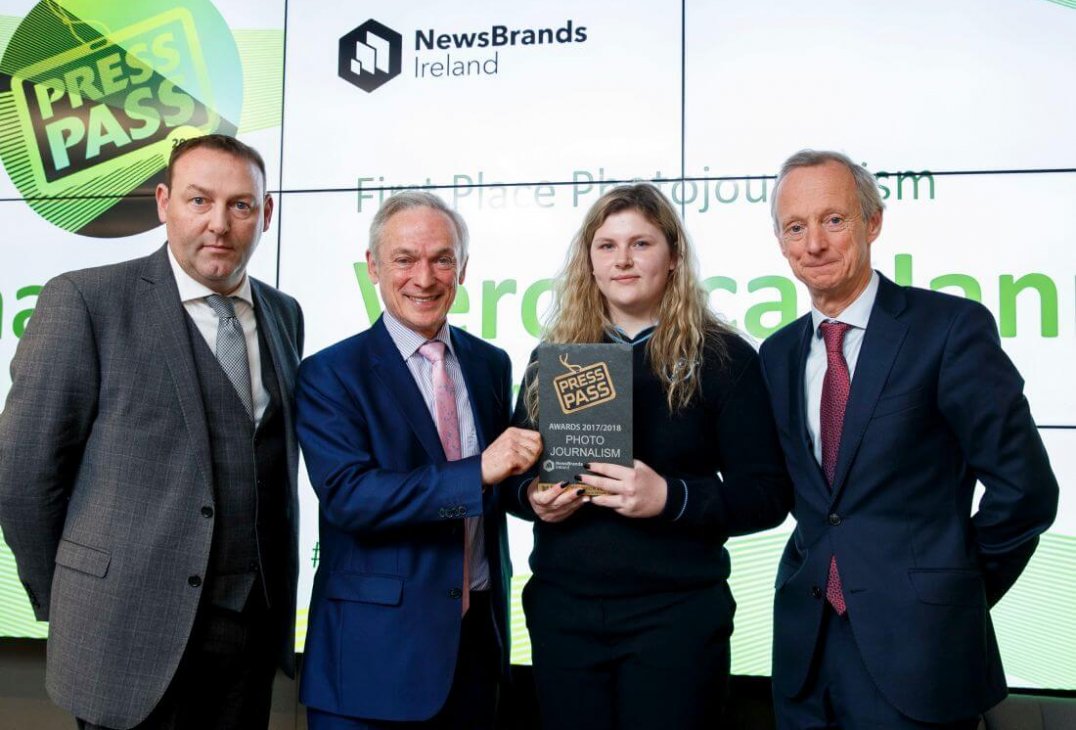 Veronica was awarded first place— in the Press Pass awards— for her photojournalistic entry, ‘Standing Together’.  At the awards ceremony, the organisers revealed that there were over ten thousand entries in this year’s competition, which further underlines Veronica’s achievement in the competition.  The Photojournalism category was adjudicated by the President of and two journalists from the Irish Press Photographers Association.