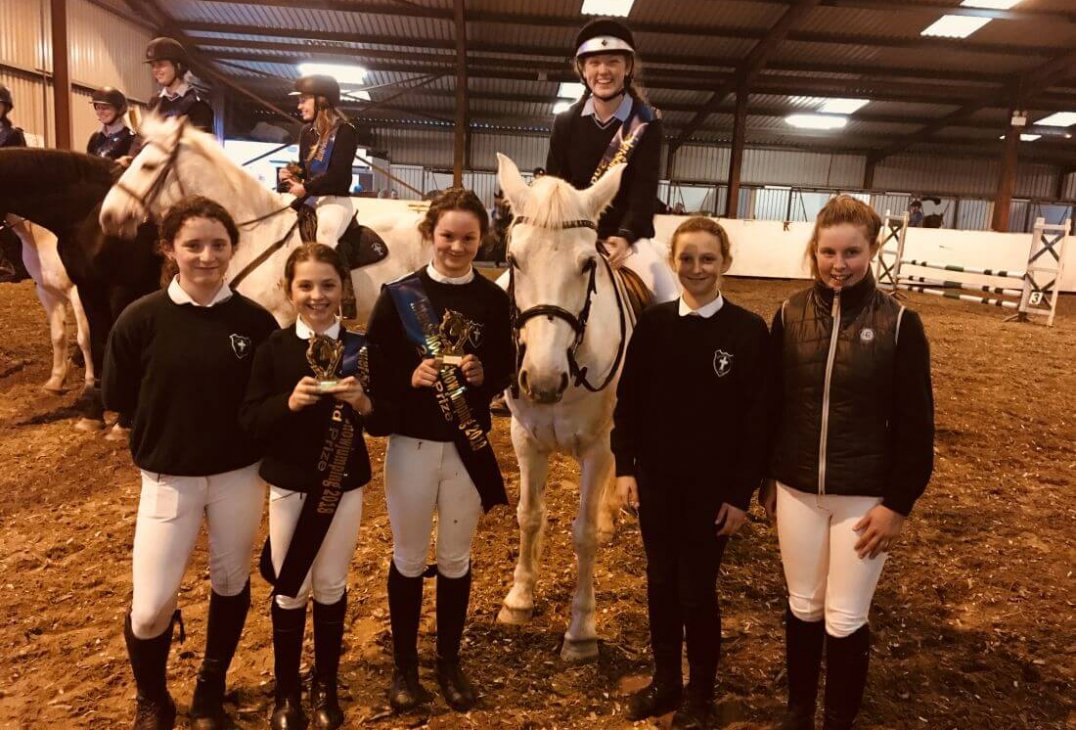 There were 28 teams competing from Clare, Limerick Tipperary and Galway in the Munster Schools Showjumping competition recently.
Colaiste Muire had three teams competing. One of the Colaiste teams qualified for the final when all four members jumped clear. The other two teams had a team total of four faults each so missing out on the final by the narrowest of margins.
After an exhilarating jump off against the clock Colaiste were beaten by the very last team to finish second.
Ella Gruber from 3A took the individual title after she jumped a fabulous fast round against the clock.
Congratulations to all 13 girls who represented Colaiste Muire.