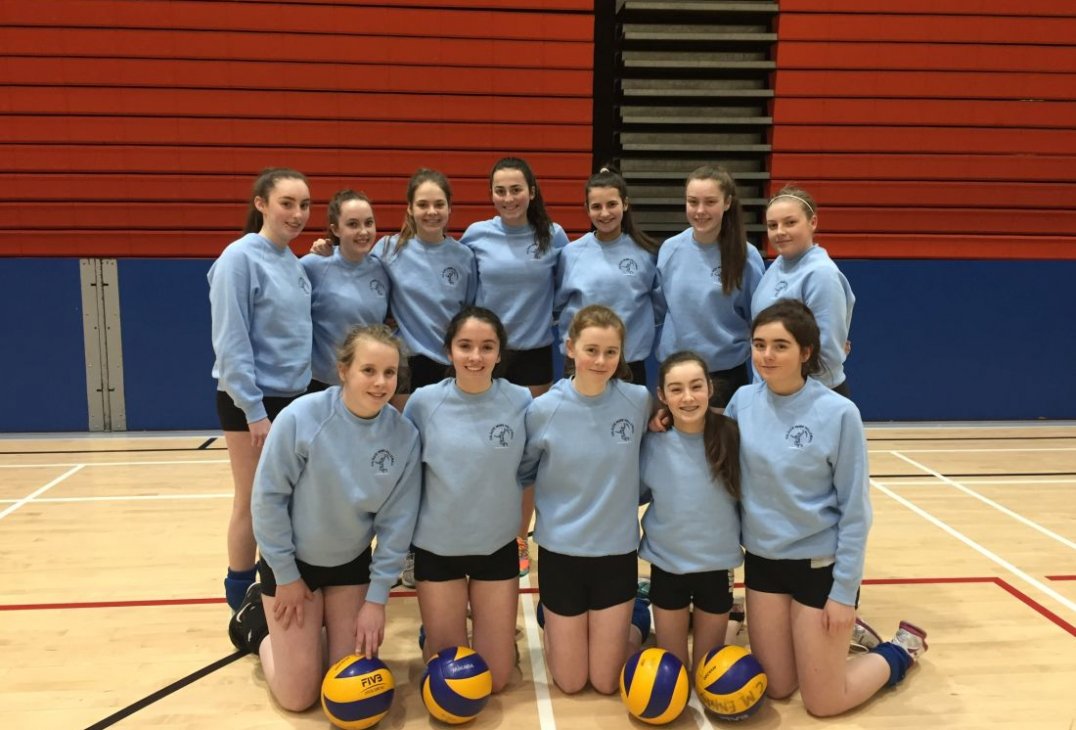 Well done to Colaiste Muire’s cadette (u16) A volleyball team,who will compete in the All Ireland Schools Cadette A final for the first time in the school’s history. This will be the second A final for the school this season having competed in the senior A final in December. The girls defeated St. Raphael’s College B 2-1 in the semi final. The girls will now face the defending champions, St. Raphael’s A, in the final in DCU.

Colaiste Muire’s B squad also reached semi-final stages in the B competition but despite a courageous performance they were defeated by Pres Kilkenny in their match on Thursday.

Following on from Colaiste Muire’s success the Volleyball Association of Ireland are hoping to develop a Volleyball Centre of Excellence in Clare. National coaches will visit Ennis to coach young girls. The first development session will take place next Saturday from 11am to 1pm. The session is open to girls born on or after January 1st 2004.