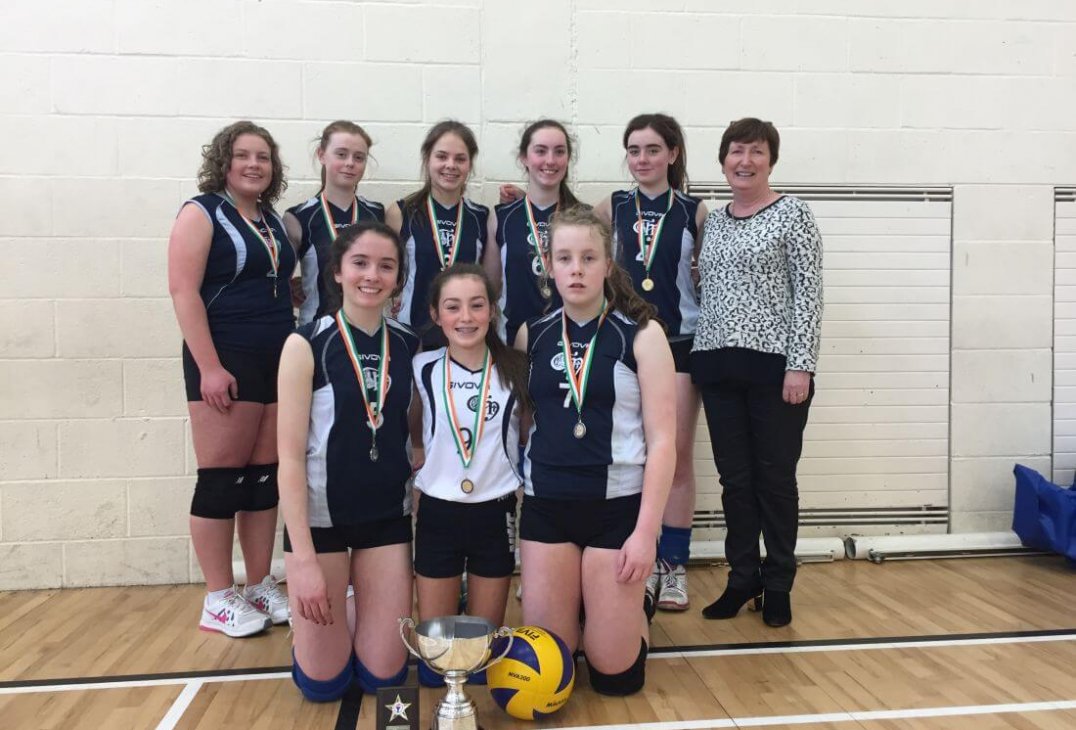 Colaiste Muire U16 girls contested the All-Ireland North South Volleyball Final in Naas Co Kildare on Saturday 29th.  This was Colaiste’s first time ever in this final and their opposition was The Northern Ireland U 16 champions, Dalriada secondary school from Ballymoney,Co Antrim.  Dalriada had already won this All-Ireland event three times, the most recent being in 2016, so the Co Antrim girls were hoping to add their names once more to the coveted McDonald Cup.

The colaiste girls started the match well and went into a narrow early lead.  Consistent serves and hard work ensured that this lead was extended as the set progressed.   Some excellent defensive play by Una Ni Choilean, setting by Eimear Ni Choilean and attacking play by Edel Williams ensured that the Colaiste girls won the first set by 25 points to 15.   The Dalriada girls took an early lead in the second set, but some impressive attacking play by Shauna Kearney and Niamh Ni Choilean, setting by MVP Caitriona Ni Riordain and consistent serving by Aoife Duggan, ensured that the Ennis girls got back into the set.  With Rhona Kearney in charge of the defensive in the back of the court, colaiste eventually closed out the game on a scoreline of 25-12.  The team are coached by Teresa Ní Riordàin.